Major cryptocurrency exchange Binance announced that it completed the eighth Binance Coin token burn and that it intends to also burn the tokens allocated to its team.

Major cryptocurrency exchange Binance announced that it completed the eighth Binance Coin (BNB) token burn and that it intends to also burn the tokens allocated to its team in an announcement published on July 11.

Per the announcement, 808,888 BNB (equivalent to over $23.7 million at press time) of the Binance’s team allocation have been burned in the event. The exchange notes that the burn is part of the firm’s commitment to burn a total of 100 million BNB tokens and that the team’s supply equates to 40% of the total supply.

As of press time, Binance Coin is about 5% down on the day and is worth $29.37. According to Coin360 data, the coin’s current market capitalization is $4.1 billion, which makes it the sixth biggest crypto asset. 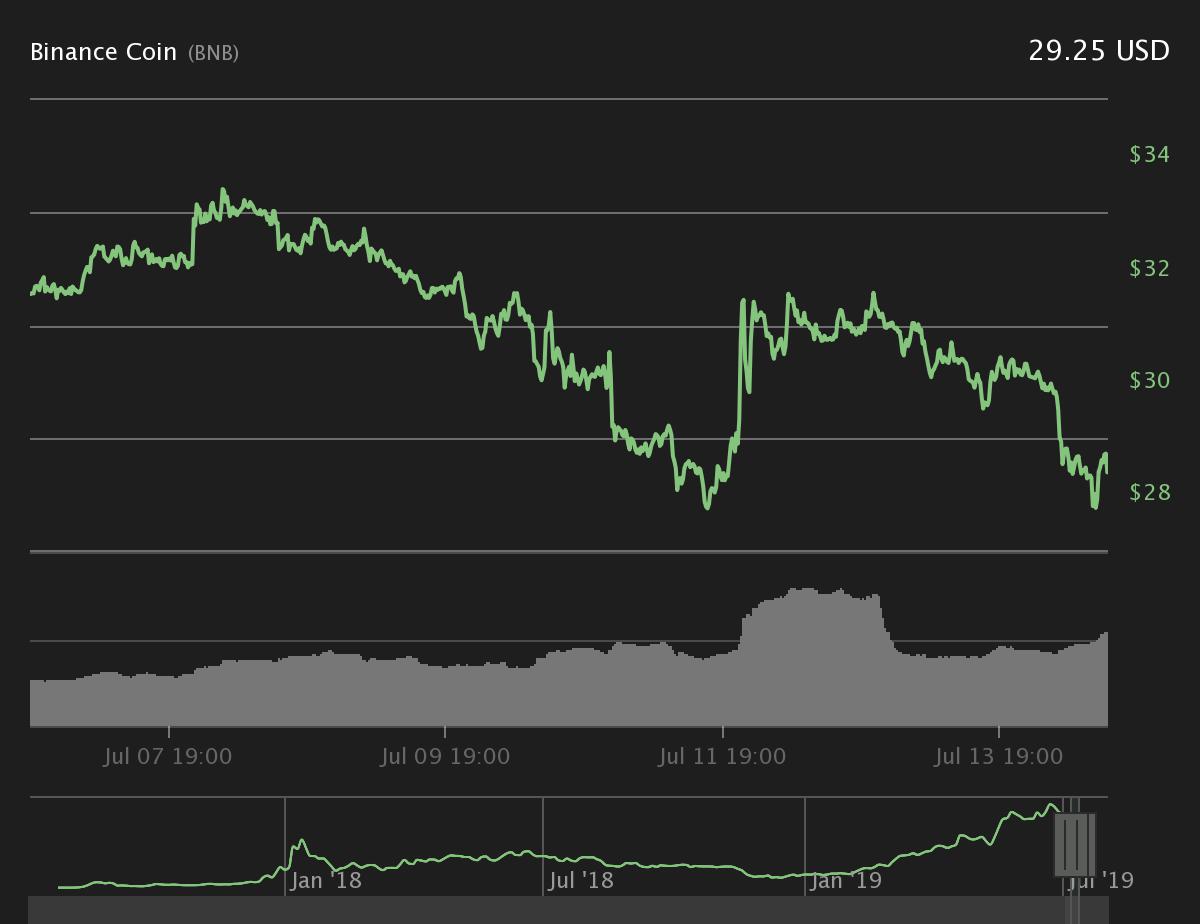 As Cointelegraph reported at the end of June, about $1.2 billion in BNB was transferred in 1.1 seconds with a $0.015 fee on the Binance Chain. Binance’s CEO Changpeng Zhao commented, “The future is here.”

Also in June, cryptocurrency exchange Bitfinex announced a burn of its UNUS SED LEO tokens, which will see the exchange’s parent company iFinex funnel its gross revenue into purchasing the tokens at market prices to destroy them.