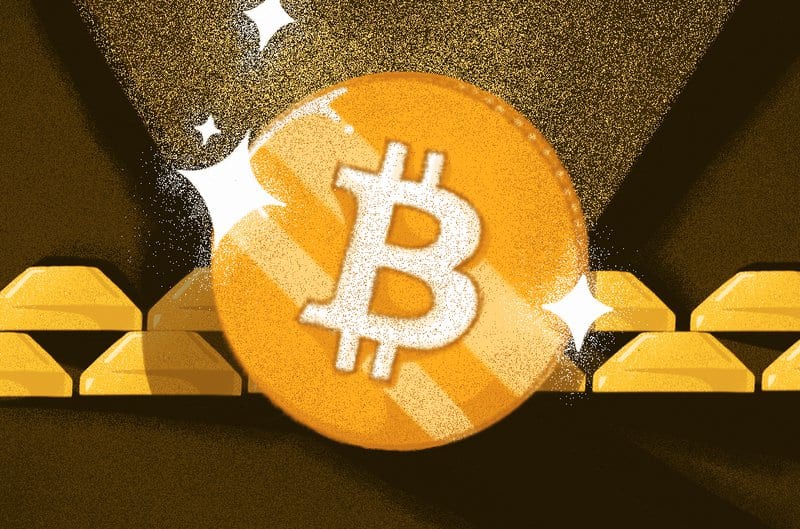 “Bitcoin has no intrinsic value.” This frequently heard criticism is, for Bitcoin’s critics, the ultimate kill shot — the irrevocable proof that, at its most fundamental core, Bitcoin is nothing but a worthless fraud.

“It’s just code” was the line repeated in doom tones on a recent episode of the terribly misinformed Dave Ramsey’s show. Gold advocate Peter Schiff, perhaps the most repetitively vocal critic of Bitcoin, may not recognize the value of remembering your passwords, but he’s certain that bitcoin has no intrinsic value.

Before we delve into what gold bugs such as Schiff mean when they invoke the term “intrinsic value,” and why I think they’re looking in the wrong place, I’d like to acknowledge that they at least have a moral argument as to a basis of value for their preferred money. This is infinitely better than the arguments of fiat supporters such as Paul Krugman, who wrote “…fiat currencies have underlying value because men with guns say they do.” Thus did the man, who many would tell you is America’s preeminent public intellectual in the field of economics, argue for his preferred currency under threat of murder. Lovely. But Krugman and his Keynesian fellow travelers will soon be reminded that reality operates on reality’s terms.

For purposes of this essay, we’ll examine the traditional concept of intrinsic value as it applies to gold, since it is with regard to gold versus bitcoin that the intrinsic value argument is most frequently invoked.

The case for gold’s value as being backed by intrinsic properties is essentially a two-layered approach: uses and physical properties, with the former deriving from the latter. Gold will always have value, the argument goes, because there will always be a demand for jewelry, gold-plated consumer and industrial electronics, medical applications, satellite shielding components and so on. This is because the nature of the gold atom produces superior electrical conductivity, corrosion resistance, ductility, luster and density. Even gold’s scarcity is a physical property of sorts, owing to the relative rarity of the neutron star collisions and supernovae capable of forming the element in the first place.

It’s hard to deny that this argument resonates on a visceral level. Gold’s density alone gives one the sensation, holding even a small bar in the hand, that this is real. The idea that something is valuable because you can make/do stuff with it would be instantly understandable to our most ancient hominid ancestors.

Bitcoin, the goldbugs argue, has none of these things. It’s just letters and numbers on a screen. You can’t touch it, throw it or form it into something. This thinking isn’t wrong. But the conclusions they draw is, like the hominids, primitive.

Because we are used to talking about intrinsic value as a matter of physical properties, and because physical properties are the ultimate in concrete examples, this whole topic is virtually always discussed in a self-reinforcing loop which jumps straight to the concrete, while skipping over intrinsic value as an abstract concept. Zooming out from the real world into the conceptual, focus blurs a bit. And as with the 3D eye puzzles of your childhood, that loss of focus can be incredibly illuminating.

We’ve already discussed how gold’s physical properties are superlative in several categories, and how this makes gold an important industrial metal. But none of these properties in and of themselves (save scarcity) are directly responsible for gold’s success as a monetary metal. Rather, the physical properties are merely examples of a deeper concept which is the true underpinning of intrinsic value, an underpinning which has bolstered gold as a monetary metal for millennia, and which Bitcoin possesses to a degree which no man-made money has ever had before.

Zoom out. Shift your focus from the particular to the conceptual, and a new image emerges.

What We Really Mean When We Say “Intrinsic Value”

It’s not the luster of gold, electrical conductivity or ductility per se which made it so desirable as a money; it’s the fact that these qualities are set in stone (so to speak) by physical laws of nature, regardless of any king’s decree or political connections or military might. This framing of intrinsic value asserts that what it really describes is a property deeper than any particular quality of physical usefulness: it is the assurance that those transacting in the money know that, assuming they are getting the genuine article, it will be valuable, both at the time of transaction and in the future.

Much as we discussed earlier regarding gold’s scarcity being underpinned by stellar physics, bitcoin’s scarcity is underpinned by mathematics; rules written into the nature of reality which bow to no man’s influence. The ability for anyone to easily verify the validity of the Bitcoin ledger, meaning that thousands or even millions of nodes will be scrutinizing its integrity 24/7, is another contributor to the emergent property of monetary intrinsic value. Protocols enforcing the all-time 21 million bitcoin cap are another, as is the impossibility for any one individual or organization to change Bitcoin’s protocols without suffering crushing economic punishment for mining a fork which the public does not consider legitimate. And so on.

Far from being “just code” or “not real,” it is undeniable that from this code and the economic incentives which follow emerges a meta-property ensuring the integrity of Bitcoin’s monetary qualities. It has intrinsic value. It is intrinsic value. Let’s adjust the discussion accordingly.

This is a guest post by Al’s Lacrosse. Opinions expressed are entirely their own and do not necessarily reflect those of BTC Inc or Bitcoin Magazine.

Bitcoin As A Pressure Release Valve

Why Cardano Has Seen a “Huge” Spike in Developer Interest

Did a massive Chinese power outage cause Bitcoin’s crash down to $50K?