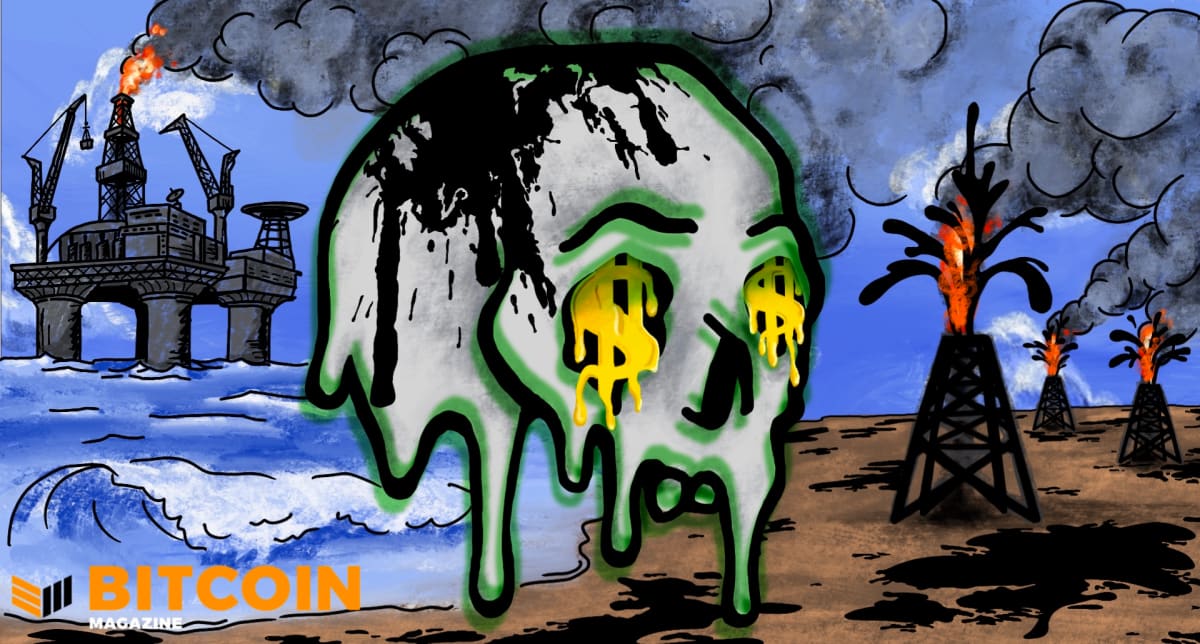 There has been, on a consistent basis, environmental fear, uncertainty and doubt (FUD) in regards to the electricity consumption of bitcoin mining, since Bitcoin began. I pose that not only does Bitcoin not harm the environment, it is actually our best chance to save it. If we accept that our current environmental woes are the result of cheap credit, inflationary monetary tactics and lifestyles of overconsumption that are a result of fiat money, then we find a succinct solution in bitcoin.

Of course, I cannot help but cite Dr. Saifedean Ammous, who has written about the exact subject I reference in his book “The Bitcoin Standard,” “One of the key problems caused by a currency whose value is diminishing is that it negatively incentivizes saving for the future.”

What is the direct result of such a problem? Consumption must take here, and now, at an ever increasing rate. Given this parameter, would it not be expected that our world would quickly fill with junk? How can one necessitate constant expenditure without expecting to bear witness to the waste induced by needless consumption?

With all this being demanded of the world by the global economy, an increase in the cutting of corners so as to save costs should be expected. These cost-saving measures have been found to infect even the most important of industries, as evidenced by the Exxon Valdez oil spill.

According to the Wikipedia page for the spill, “Multiple factors have been identified as contributing to the incident:

As the page details, there were several problems contributing to what is considered one of the worst environmental disasters in history. Almost all of these contributing issues were the result of cost-cutting measures so as to increase the bottom line of the company, and were apparently “widespread throughout the industry.”

There are several reasons bitcoin solves the backward incentives which lead to these measures.

Dr. Ammous details the difference between a sound money like bitcoin, and unsound fiat, “With unsound money, on the other hand, only returns that are higher than the rate of depreciation of the currency will be positive in real terms, creating incentives for high-return but high-risk investment and spending.”

While this extrapolates on the meaning of high return and high risk, it can be said that the high risk of transporting oil is the spillage of that oil. Therefore, one might say that through inflationary monetary policy, those given the charge of taking care of our environment (i.e., the oil transportation industry) are incentivized to spend the least capital doing so. Instead, with each passing year of continuous currency depreciation, they look further into cost-cutting measures and ways to increase their bottom line in a never-ending race to beat inflation.

This is the generation of the archetypal evil corporation in real time. Here is where we can see the birth of our environmental woes — not in the mining of bitcoin, but in the fiat currency system which underlies every single environmental disaster to date. Bitcoin is the chance to re-enter a society that values capital, defers consumption and lowers its time preference.

Novogratz Says ‘I Bought Bitcoin, Ethereum on the Dip’