After weeks of consolidation, bitcoin finally broke through support. The market now finds itself cruising toward prior lows. On expanding volume and spread, the bitcoin market appears ripe for a continuation of the downtrend: 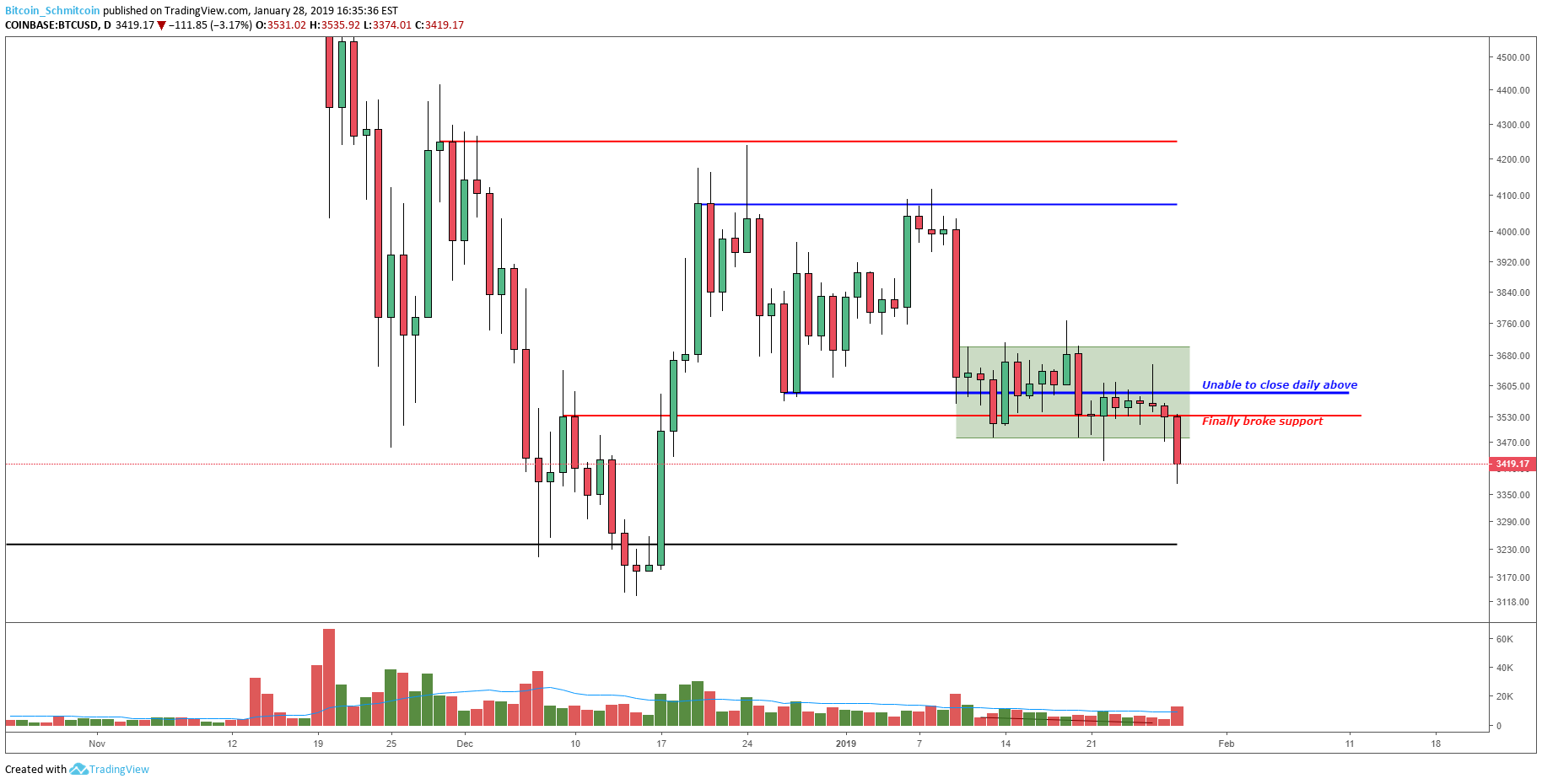 Although the current daily candle has yet to close, unless there is a strong influx of demand hitting the market, it stands to reason that bitcoin will be closing a new daily low for the first time since mid-December. Following the stopping action in the low $3,000s, the bitcoin market remained coiled for over a month. However, today marks the first break of these levels once marked as support. To illustrate how coiled the market was and how potentially large the following move could be, check out the 3-Day Bollinger Bands (bbands): 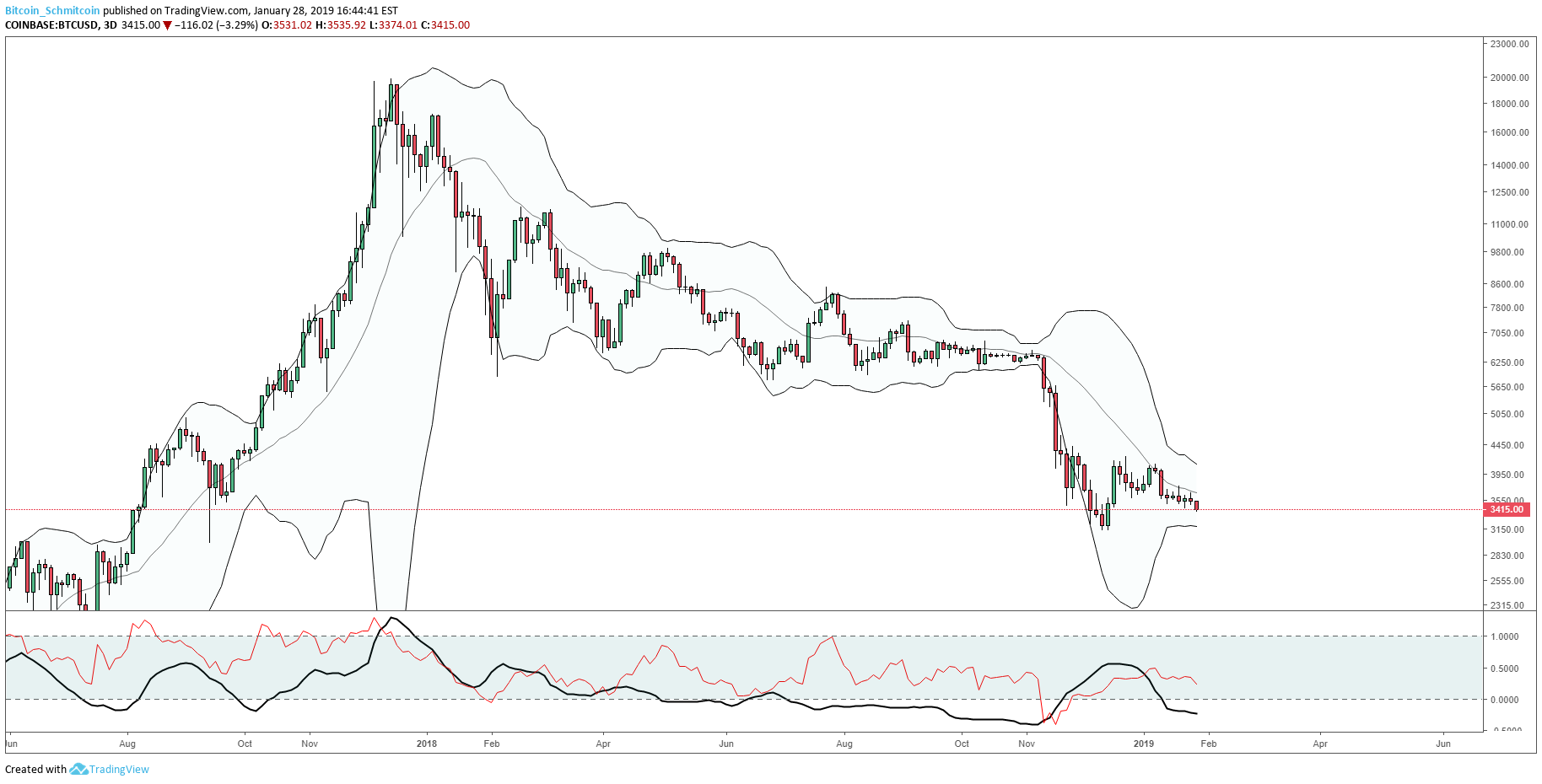 The figure above shows a very tightly wound, consolidated market — a market that previously took several months to consolidate. In just over two months, bitcoin has found itself prepped for another potentially large move. The first logical pitstop on its move is the retest of the prior low in the low $3,000 area. As we move up in timeframes, the weekly candles are showing a zone of support between $3,000 and $3,150: 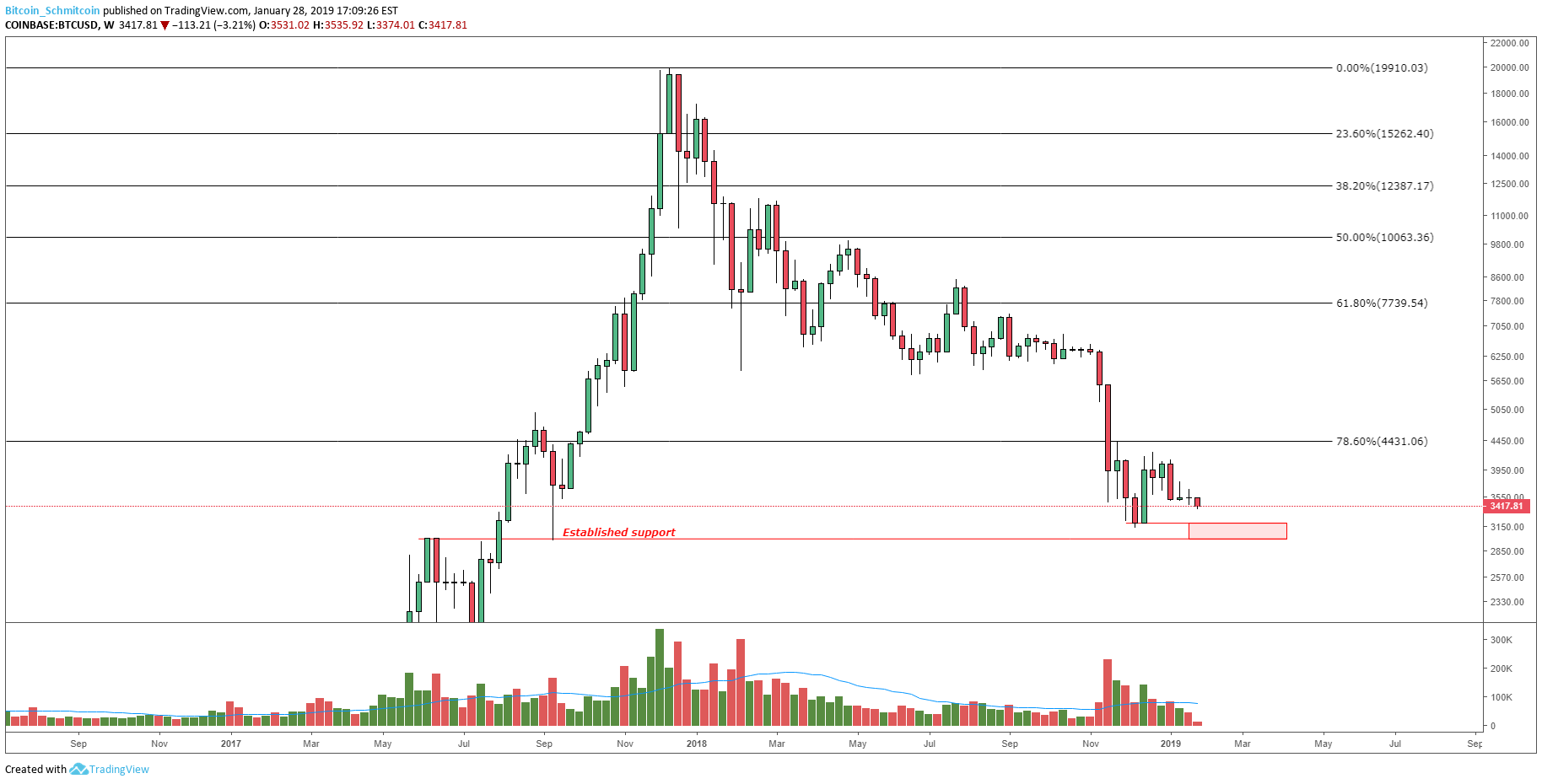 The $3,000 level is one of the few established levels that has proven to hold up during a support retest. And, since we have already seen major, climactic volume from the last major sell-off to $3,100, it seems logical that we’ll get a slightly deeper test of the $3,000 values.

Trading and investing in digital assets like bitcoin is highly speculative and comes with many risks. This analysis is for informational purposes and should not be considered investment advice. Statements and financial information on Bitcoin Magazine and BTC Media related sites do not necessarily reflect the opinion of BTC Media and should not be construed as an endorsement or recommendation to buy, sell or hold. Past performance is not necessarily indicative of future results.