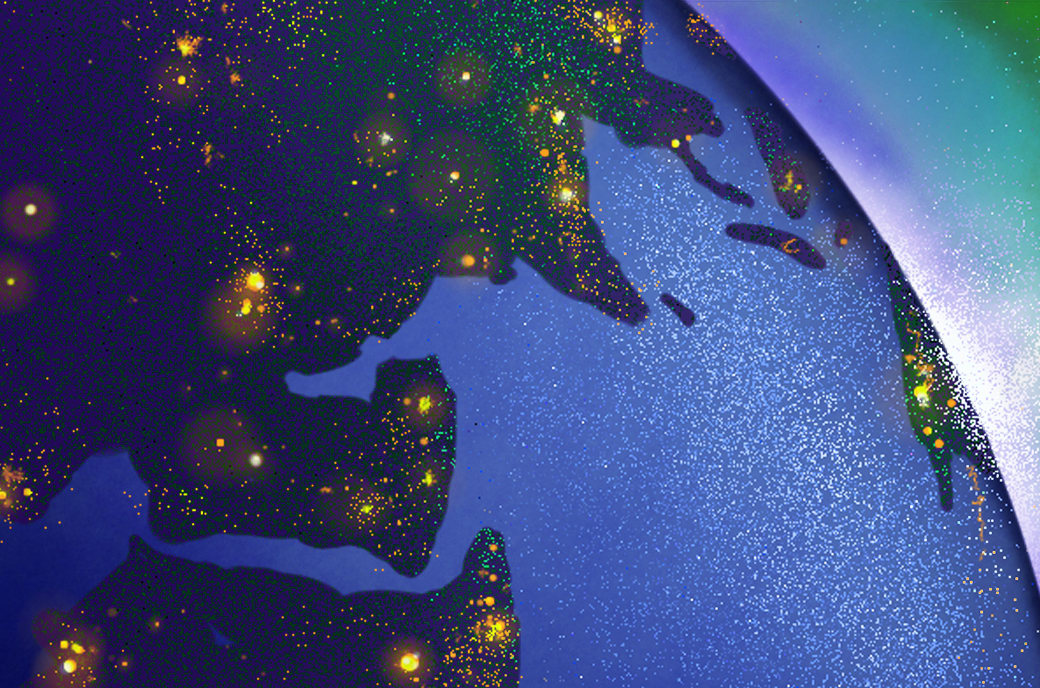 We must redefine two special words often spoken as synonyms—technology and invention.

Contrast this with technologies, which, from their inception, only grow in power, utility and necessity. They are rare; so much so that entire generations pass without witnessing a new one emerge. Primitive man lived a life of constant repeats of the same. In their early stages, it’s difficult to recognize them because they’re not immediately useful. There is a stability in this ignorance: It doesn’t provide the tribe immediate benefit to direct attention toward an ultra powerful tool that has the potential to unwind the existing hierarchy.

Some examples of inventions include the camera, microwave, birth control, satellite, airplane, GPS and smartphone. The invention is fueled by the company. The spread of an invention is rapid. When directed by a central party, operations can be refined and scale faster. But as we’ve seen with these inventions (and companies), failure can be as quick as success. Inventions are rarely a hindrance to cooperation, as the market is defined by choice and variation. Because they’re a product, consumers can select different “types” of cameras or smartphones without making an explicit error. A consumer’s selection of a certain company’s product does not hinder their ability to cooperate (or conflict) with individuals who select a different one. For example, if the governments of two warring nations prefer different smartphone carriers, it would never hinder the potential for a peace treaty—but it also wouldn’t provide a significant advantage in total war.

Technologies are different: money, paper, glass, gunpowder, the internet. Once those cats are out of the bag, there is no putting them back in. There is no company which can hinder their reign. Their utility stretches beyond anything in the foreseeable future. They’re incredibly slow to emerge (the monetization of gold is estimated to have taken over 1,000 years.). They are global. And for long-term survival and cooperation, they are not optional. If the governments of two warring nations have a dispute over the utility of gunpowder in warfare, we know who will win.

Who finds these technologies most useful, and why? Everyone, and for all sorts of reasons. But it is in conflict and power struggles that they play a special role.

We can understand history as a dual power struggle.

a. Ruler versus ruler (warring states or factions)

b. Plebeian versus ruler. Plebeian refers to a “commoner” in Ancient Rome (in this case, we use plebeian to refer to all “commoners” throughout history.)

The mistake of historians is to view the ruler versus ruler conflicts as the most impactful. What really moves the needle is each successive generation of plebeians becoming more equipped to defend (and offend) rulers.

It is a strategy of the current rulers (specifically their academic branches) to distract us from this other, more pervasive conflict—plebeian versus ruler. Their advantage is in leaning on the historical framing of ruler versus ruler in the classroom, primarily because it offers each plebeian a limited, dual option. In the power struggle, you must choose one, and that one is not you. The strategy to obfuscate this power struggle is better understood when we look at the Medieval example, one dominated by ruler versus ruler conflict.

Suppose a troop of knights trots into a village and demands lodging. The peasants understand the dominance of the knights remotely, as men with extreme proficiency in the use of weapons who act on behalf of a divine ruler (keep in mind that this plebeian probably cannot read and definitely cannot fight). Their only viable option is to satisfy the weapon-proficient man who acts on behalf of the divine ruler, as quickly and smoothly as possible. When the knights leave, the plebeian can return to doing what he does best—not knowing anything useful. There is a great distance between knights and plebeians in knowledge, training and physical space. In this case, the knight is more refined, learned and better in every way. Technologies change that.

In a world without the internet, the first to obtain or amass the weapons, and train and organize as many men as possible, is the de facto ruler. The fate of the plebeian is sealed. But the ruler’s advantage is not isolated to commanding more trained soldiers, it’s in keeping weapon proficiency information asymmetric. The advantage of the knights is not the ability to easily kill a plebeian, but the ability to easily kill 40 plebeians at a time (see, The Sovereign Individual for more on this).

But suppose the plebeian becomes more efficient, and a trained knight can only kill 20 plebeians. This changes the power dynamic. Suppose he becomes doubly efficient again, and again, and again…suppose he starts to use a new tool—one the knights don’t know about. This is the story of history. A similar story is unfolding today.

The power has always rested in the information asymmetry, which used to require great distance. When the distance required to transmit information is eliminated, the existence of every ruler comes under immediate threat. I don’t believe this will lead to any sort of anarcho-capitalist, non-ruler utopia, at least not anytime soon. We’ve dealt the perfect hand for a world ruled by a sort of “techno-pirate.”

The Cantillon effect is discussed constantly among admirers of Bitcoin: “Money…is not neutral. Those who benefit the most from an increase in the supply of money were those with access to credit and assets, or those who supplied products and services to those who did.” That is to say, those with first access to the newly created money stand to benefit the most.

There is also a Cantillon effect with technology. In power struggles, those with first access to the new technology stand to be the victors over those who stall. What differs between the Cantillon effect in money versus technology is the pervasiveness and repetition of the monetary Cantillon effect in history. The emergence of a new technology is an extremely rare event, not something we’ve been trained to recognize. However, so long as a small portion of the plebeians can recognize such an emergence, they stand to acquire the necessary tools to beat out the rulers and shift the power dynamic. Due to the advance in information technologies, it goes without saying that a plebeian recognizing such an emergence today is much more likely than that of a medieval one—and ever more useful if the rulers miss it.

But information technologies throw another wrench in the power dynamic. What medieval peasants couldn’t realize was that their chief advantage came from what appeared to be their greatest disadvantage—their distance. Had they possessed the internet, it would have been a strategic error to physically gather when they can communicate online. There are certainly benefits to physical gatherings, one of them being the pooling of expensive and useful resources, but gathering in large groups provides the ruler with a clear attack point. For the plebeians to pool resources online, they need something that works perfectly, and by its nature, is impossible to “un-invent” or “be made obsolete.” Bitcoin is this technology. It will never disappear and will unleash a new class of “plebeian techno-pirate.” This pooling of resources without the physical limits of distance is an unprecedented phenomena in mankind.

If you have sovereign control of your bitcoin, you stand to be one of these people. In the coming decades, you will quickly have a power that entire dynasties never had the opportunity to taste—I encourage you to use your powers for good.

The current rulers are the degrading invention, on the brink of being made obsolete. The competent plebeian techno-pirate finally has every tool to become what he was destined to be—a permanent technology. If you agree with my framing of history, it should be obvious who will win.

This is a guest post by Henri. Opinions expressed are entirely their own and do not necessarily reflect those of BTC, Inc. or Bitcoin Magazine.

Bitcoin’s Rules Are Enforced By Physics

You Need To Withdraw Your Bitcoin ETF