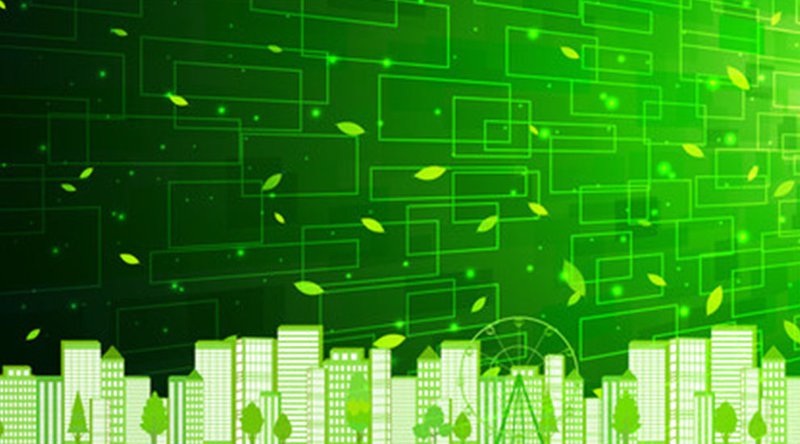 Cryptocurrencies are not exactly bathed in the light of righteousness right now when it comes to the environment. Despite not having a physical form, they are ultimately responsible for a substantial amount of environmental impact. This has stemmed from news stories detailing how, in Iceland, more electricity is being used to mine Bitcoin than is used to power its homes, or that Bitcoin mining now uses as much energy as all of Ireland consumes. Sensationalist as these headlines might be, there is no denying that Bitcoin, Ethereum and the myriad of minable altcoins are responsible for significant power consumption today.

These headlines are why people are more aware of the perceived negative impacts of cryptocurrency mining than they are of the process of mining itself. To grossly oversimplify the process, every 10 minutes a bundle of transactions are encrypted in a block, which is added to the blockchain. Bitcoin miners bundle said transactions into blocks by hashing the transactions together in a Merkle tree, then solving a so-called “proof-of-work” puzzle. This puzzle takes the form of a series of mathematical equations used one after another until the “winning” equation is solved. At this point, the block is verified and added to the blockchain. In return, the miner (or consortium) receive the transaction fees and a predetermined allocation of coins for their efforts. For Bitcoin, this reward currently amounts to roughly $14 million per day.

Critically, the difficulty of the mining task adjusts automatically every two weeks in order to maintain a block creation rate of roughly one every 10 minutes. This means that increasing computing power will not result in more coins being created. Instead, the computation task just consumes more computing power to maintain the status quo of production. This system makes existing mining hardware less profitable and drives up the amount of energy consumed per bitcoin earned.

According to Digiconomist, the Bitcoin network currently consumes about 71 TWh of electricity per year, with the Ethereum network a distant second consuming about 21 TWh. Together, they account for energy consumption on par with the United Arab Emirates (~96 TWh per year). Economist Alex de Vries boldly predicted currency mining could consume 0.5 percent of the world’s energy in 2018, something that has put cryptocurrencies — and bitcoin in particular — in the firing line of multiple environmental groups.

Obviously, this would be a moot point if all mining was being powered by renewable sources like solar, wind or hydroelectric power (Iceland is powered entirely by geothermal and hydro power for example). However, an estimated 60 percent of the mining hash power originates from China. Furthermore, 70 percent of the electricity in China is generated by non-renewable sources, particularly coal. It shows that Iceland’s sustainable cryptomining is the exception rather than the rule. Put simply, cryptomining is not all powered by coal, but it mostly is.

Common environmental criticisms of cryptocurrencies often neglect to put the issue in the context of the wider financial sector’s impact. The devastating physical mining of metals to create obsolete coins is a key example. Also, the big banks are fundamentally unable to wean themselves off the massive energy consumption required to keep every headquarters, branch and ATM operating.

That said, if the crypto community really believes itself to be the future, it needs to do better than finger-pointing and petty whataboutism when it comes to environmental issues. How, therefore, do we rehabilitate crypto and blockchain technology to be greener?

The idea of “green crypto” is not a misnomer. There are initiatives out there that encourage more responsible cryptomining. The Canadian province of Québec has actively courted cryptocurrency companies to use its spare hydropower capacity. Recently, actor William Shatner threw his significant weight behind Solar Alliance, a Canadian company building a three-megawatt solar farm that can be rented out to cryptocurrency miners.

The emergence of similar projects is a positive sign for greater investment in crypto’s greener side. While most of these projects receive the bulk of their funding through the ICO route, more traditional investments and partnerships have been effective in driving mainstream visibility of the solutions they provide. Electrify Asia is one such project, raising $29 million through an ICO and going on to secure the backing of one of Ethereum’s original founding team members Wendell Davis, along with prominent Japanese VC group Global Brain.

Another example of mainstream investment in green crypto projects is Climate Coin, which has the backing of tech specialist PAL Capital. Climate Coin operates as a crypto-based carbon credit that can be purchased by anyone worldwide to offset their carbon footprint. On a macro level, energy-focused blockchain startups like this raised over $300 million between Q2 2017 and Q1 2018 alone, most of which came through ICOs. This level of investment, in what would have been a technological fantasy only a short time ago, is a sign that blockchain technology is being taken seriously by energy companies.

Various initiatives are using a peer-to-peer exchange model to trade cheap renewable energy, circumventing the need and cost of buying energy from established suppliers. By motivating small renewable energy producers to sell directly to energy users, and using smart contracts to earn credits in the form of fungible crypto assets from any excess power produced, there is an opportunity to make the existing energy ecosystem cheaper, more efficient and consumer friendly.

While less common, there are still many crypto- and blockchain-based companies directly addressing environmental unsustainability. One blockchain-based initiative is the Plastic Bank, run with the support of partners including IBM. It is issuing tokens earned from collecting plastic waste to help impoverished communities. These tokens can then be converted into cash, exchanged for cooking fuel or education vouchers, demonstrating the good that this technology can do for the less fortunate.

Energi Mine is using a similar system, providing the cryptocurrency EnergiTokens (ETK) to consumers when they engage in energy-saving activities such as using public transport or buying energy-efficient appliances to reduce energy consumption. The ultimate goal of this is to cut global energy demand and carbon emissions by creating a system of financial incentives, which will subtlety shift positive energy decisions to become unconscious reflexes.

In this way, some blockchain and cryptocurrency companies are taking a holistic approach to tackling the established “rebound effect” — where the reduction in energy consumption created by new technologies and new efficiencies gets cancelled out by negative behavioral or other systemic responses. This is something that happens often without people realizing it. For instance, a 5 percent improvement in vehicle fuel efficiency may result in only a 3 percent drop in fuel use because 2 percent more fuel is consumed by people being able to afford to drive faster or further than before.

This is a well-documented phenomenon in the conservation space, and cryptominers are especially guilty of this. Every advancement in processor efficiency or cooling is negated by the gradual upward creep in mining power consumption needed to stay competitive.

This very phenomenon, however, could provide an opportunity for the industry to contribute to energy-saving technology in a huge way. The power/efficiency ratio demanded by cryptominers has given rise to an arms race in specialized hardware that can be used to mine cryptocurrencies more efficiently. A meaningful investment in green tech here would have an impact not only on the crypto community, but on the green hardware sector as a whole, especially if some of the breakthroughs can be extrapolated to other uses, which would go a long way toward creating a “good citizen” reputation for the crypto space.

Whether it is making sure that the energy for cryptomining comes from renewable sources, or simply investing in green-minded initiatives pioneered by the crypto and blockchain community, everyone in the sector can do something to reduce or offset its environmental impact. If crypto truly is the future of money, then the crypto community should feel obliged to do more to change the world for the better. Not just from a financial standpoint but from an environmental one as well.

This is a guest post by Omar Rahim, CEO of Energi Mine. Views expressed are his own and do not necessarily reflect those of Bitcoin Magazine or BTC Inc.