Stocks are sinking and bitcoin is moving higher as the US-China trade war appears to be escalating. 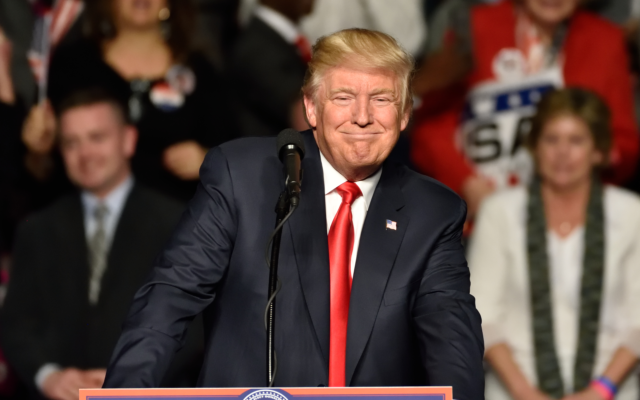 As such, investors are currently waiting for retaliatory measures from Beijing. China’s Chief Negotiator, Vice Premier Liu He, however, has demanded that in order to strike a trade deal, tariffs on Chinese exports to the US should be lifted.

A Monday op-ed published in the official newspaper of the Central Committee of the Communist Party in China does seem to be a cause for concerns:

China has been pushing forward the bilateral talks with a high sense of responsibility and maximized sincerity, but it will never yield to the extreme pressure from the US, or compromise on matters of principle.

Consequently, the Dow Jones Industrial Average (DJI) has dropped by more than 590 points at the time of this writing. Other companies which are sensitive to the matter are also marking decreases. Apple Inc. is down 5 percent on the day, Intel Corp. is down about 2 percent, while Uber has decreased by more than 9 percent.

Bitcoin Sees Yet Another Leg Up

Meanwhile, Bitcoin has marked yet another leg up. Commenting on the matter was Max Keiser, who noted that,

This now appears to have been a consolidating pullback as BTC/USD is on the move again.

As seen on the chart, BTC gained upwards of $200 or around 2 percent of its value almost instantly, shrinking the previous retrace substantially.

Monday also saw news of Bitfinex securing $1 billion from private investors in less than a month. This is one of, if not the quickest raise of a billion dollars to date.

“A $1bn IEO raised in less than one month. Bull market is here, buckle-up buckaroos!!” proclaimed BitMEX CEO, Arthur Hayes, whose exchange just traded a record $10 billion in one day.

A $1bn IEO raised in less than one month. Bull market is here, buckle-up buckaroos!! https://t.co/4DaZ0fNtXe

Bitcoin is up more than 43 percent in the last month alone and almost 100 percent YTD. It also means BTC is outperforming all stocks and commodities including oil and gold thus far in 2019.

Additionally, Hayes is not the only one who holds that the bull market is back. Mike Novogratz, former Goldman Sachs investment banker, and CEO at Galaxy Digital, shared the same position last week.

What do you think of Bitcoin’s price? Don’t hesitate to let us know in the comments below!